The ‘Great Adventure’ of Dianetics, with Eevey Tyler and Mark Tordai

Tonight at 7:00 PM Pacific time  (8:00 PM Mountain, 9:00 PM Central  10:00 PM Eastern) or here in Argentina at midnight I along with Mark Tordai will be discussing our experinces with Dianetics.


Find Additional Self Help Podcasts with God Discussion on BlogTalkRadio 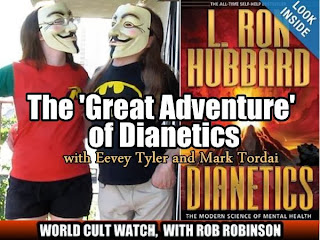 And more specifically I will be discussing my reasearch from another blog called What is Dianetics,which discusses not only the concepts of Dianetics but, its history, its medical claims and its ties to hypnotism among many other topics. Personally, I was in the Church of Scientology for two years and was part of Scientology´s para-military group the Sea Org for a short time. Then I became part of the Freezone, also known as the Indy, or Independent Scientology for about a year and it was while I was there that my husband, Jonnie Tyler/ Petete who with a mix of kindness and patience woke me up from the Scientology. I can safely say that I would not be the person I am today without his help. He has helped me to not only leave the cult but to leave the mindset and to heal. I love him so much, he is my world. I started to fight against the Church of Scientology about three years ago at first I was just writing blogs but when I came to Argentina to be with Jonnie Tyler/ Petete I started to protest against the cult here in Argentina. Together Jonnie Tyler/ Petete and I have caused some waves and we intend to keep making more. 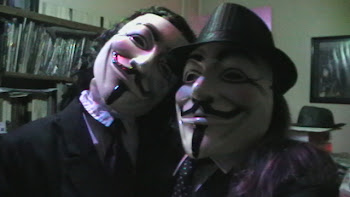 Protesting against Scientology with the love of my life Petete <3 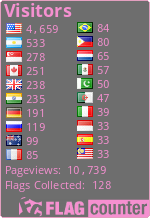